Reactions from the Communist Youth of Paris' 15th district on the attacks of the 13th of November
After the shock, more than ever, we must fight back imperialism and its nightmares. We refuse the sacred union with those that yesterday supported terrorism!

Young communists from the 15th district, whom gathered with comrades from the province and the public sector unions discussed the events that occurred the night before.

The terrorist attacks claimed by the fascist and Islamist group "Daesh" caused more than 120 casualties with more than 200 injured, and the numbers are still increasing. Our first reaction was shock and a great deal of emotion. Everybody was concerned and affected by these events and many of us were near the actions as they occurred. Others worked close to these areas, as bus drivers and nurses, and lived close to the places where the disturbances occurred throughout the Paris region. Some of us, finally, knew some of the victims of these terrible acts of violence.

In these serious moments, when fear and tension are strong, we were revolted by the first declarations from our government and President François Hollande. Since 2012, imperialist governments have been supporting a a war from France and the United States to destabilize Syria. Motivated by economic interests, they have put the Middle East and Africa through blood and fire and have not hesitated in supporting the most shady and reactionary movements. The biggest allies of Mr. Hollande, the theocratic dictatorships of Saudi Arabia and Qatar, are directly supporting Islamist groups in Syria: delivering arms, vehicles, and financial support. Yesterday, the monster Daesh, created by the imperialists, turned against the civilian population thousands of of kilometres from Syria. Yesterday in Paris, innocent people of all ages, workers from many professions, paid with their lives and were killed by acts of folly fed by imperialist wars.

Yesterday evening, President Hollande announced the adoption of exceptional measures: the declaration of a state of emergency, the closure of the borders, the banning of demonstrating and gatherings, the right to police searches without judicial oversight, etc. These measures are the first of their kind since the Algerian Independence War (1962) and we are greatly worried by the attack on democratic and social rights.

Major strikes were planned next week against the cuts to holidays for workers in the APHP (hospitals), against the degradation of the working conditions at the RATP (transit), against the liquidation of the remnants of the public company of Air France, and against the mergers and staff cuts in the public sector . These demonstrations have a good chance of not happening. With the lure of national unity and the manipulation of fear and emotion, union and political tendencies of class collaboration have been calling workers to surrender without resistance under the last attacks of the bosses against social rights, by cancelling all the strikes and the labour fightback.

As union and political activists, we refuse to give in to this blackmail: the deception of “the spririt of January 11th”. Capital, throughout that time, did not stop its destructive anti-social policies. It won't stop its imperialist wars. Workers in Syria and France are paying with the cost of their lives for wars that aren't theirs. Since earlier this evening, activists are posting on social networks the words "your wars, our deaths". This spontaneous and imprecise message comes from the frustration and anger of all of us for the victims of imperialist policy denounced tirelessly every day in high schools, universities, and in workplaces.

We, young communists of the 15th district of Paris, more than ever, denounce imperialism and its mirror image: blind and complicit terrorism. More than ever, we will rise against the pursuit and deepening of imperialist conflicts and wars lead by our governments, for peace and international solidarity. In all the places of expression, despite attempts to stifle debate and dissent, we have only one cause: to put forward and defend the workers' demands, in France, Africa, the Middle East and around the world. Workers of the world, unite! 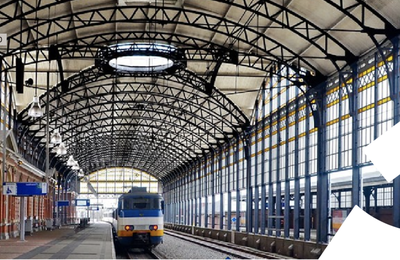